Does the so-called 'Generational Curse' apply to Christians today? 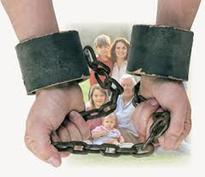 Can generational curses affect Christians today? I have met many Christians who believe so. They also believe that such a curse needs to be dealt with before change can occur. Is this true?

All too often, well-meaning people simply believe what they are taught. In an ideal world that would be commendable, but in a fallen world, where our old nature still exerts itself, we need to be careful. We should refer EVERYTHING to Scripture because that is what Jesus did. In Matthew 4:6-10, for example, He answered three times with the words, “It is written…”

Another example is that of certain Jews at Berea who, when Paul spoke to them about Jesus Christ, did not believe him without “checking the Scriptures daily to see whether these things were so” (Acts 17:11). Apparently, they did find sufficient proof because many of them believed.

Talk of generational curses has become commonplace among certain Christian groups. The two big questions are, “Does this concept have biblical validity for members of the body of Christ?" And, "Can we find New Testament evidence for such terminology and practice?” This little study will help you find out for yourself. It is designed to lead sincere Christians into truth by searching Scripture for themselves.

When we search Scripture, we cannot simply take a Bible text and apply it to every situation throughout all of history. We need to read the Bible contextually, i.e. place what we read into its immediate (chapter), surrounding (book) and overall (whole Bible) context. Today’s Christians need to be especially careful because many current teachings are not consistent with Bible truth in this contextual sense. In the case of generational curses, for example, we cannot automatically transport Old Testament references into today’s church context. We need to check both Old and New Testaments for occurrences of this concept and then make contextual comparisons.

If you want to find out for yourself, get out a concordance and do a word study. For those of you who don’t know what a concordance is, it’s a reference work that lists every English word of a specific Bible translation. Strong’s Exhaustive Concordance is particularly helpful because it also lists the original Greek and Hebrew words and has a dictionary. If you don’t have one, you can use a free online version at www.biblestudytools.com/concordances/strongs-exhaustive-concordance/ (this site hosts a variety of helpful study tools).

Romans 12:1-2 tells us that we are to renew our minds according to Scripture (not according to the teachings and traditions of men). When you have done your own study, compare your findings with the following:

Exodus 20:5 and 34:7 Here a curse is pronounced as part of the 10 commandments. Note: the curse was God’s response to idolatry.

Nuumbers 14:18 and Deut. 5:98 These passages refer to the same situation. The sins of the fathers are visited on their children to the 3rd & 4th generation.

Deuteronomy 24:16 and other texts state that fathers are NOT to be put to death for their children and visa versa. Note: this context refers to ‘sins unto death’, not idolatry in particular.

Jerremiah 31:27-34 also refers to the suffering of children for their fathers’ deeds, yet Jeremiah promises that this will change under the New Covenant!

The New Testament contains no references whatsoever regarding generational curses or sins being visited on following generations!

Such a concept is totally inconceivable in regard to the church (Christ's body) because the Bible clearly states that all believers receive the righteousness of Christ and are thus pronounced ‘not guilty’ in a judicial sense when they come to faith and are born again. ALL of their sins are washed away at this time, and they embark on an extended journey from spiritual infant-hood to adulthood. Along the way, they are conformed to the image of Christ by the Holy Spirit (although never perfectly so), and are chastised by God when necessary (for their benefit, learning and guidance – see Hebrews), but they are never cursed, nor do they inherit a curse.

Think about it logically: if generational curses were still in operation today, based on the Scriptures we read and the New Testament principles that affect believers, these curses could only affect idolatrous non-believers, with the result that their following 3-4 generations would be prevented from becoming believers! However, we know this is not true since even severe idolaters have become Christians; and so have their sons and daughters. One such person, for example, was a Hindu avatar and the son of an avatar. He became a Christian and wrote Death of a Guru, a very interesting book.

Always search Scripture IN CONTEXT so that you won't be deceived!